U.S. Has No Explanation for U.F.O.s, Does Not Rule Out Aliens

A new government report is likely to fuel theories about unexplained aerial phenomena.

WASHINGTON — The government still has no explanation for nearly all of the scores of unidentified aerial phenomena reported over almost two decades and investigated by a Pentagon task force, according to a report released on Friday, a result that is likely to fuel theories of otherworldly visitations.

A total of 143 reports gathered since 2004 remain unexplained, the document released by the Office of the Director of National Intelligence said. Of those, 21 reports of unknown phenomena, involving 18 episodes, possibly demonstrate technological capabilities that are unknown to the United States: objects moving without observable propulsion or with rapid acceleration that is believed to be beyond the capabilities of Russia, China or other terrestrial nations. But, the report said, more rigorous analysis of those episodes is needed.

There is no evidence that any of the episodes involve secret American weapons programs, unknown technology from Russia or China or extraterrestrial visitations. But the government report did not rule out those explanations.

The nine-page document essentially declines to draw conclusions, announcing that the available reporting is “largely inconclusive” and noting that limited and inconsistent data created a challenge in evaluating the phenomena.

The report said the number of sightings was too limited for a detailed pattern analysis. While they clustered around military training or testing grounds, the report found that that could be the result of collection bias or the presence of cutting-edge sensors in those areas.

Government officials outlined a plan to develop, if additional funding is available, a better program to observe and collect data on future unexplained phenomena.

The failure to reach a conclusion on the unexplained episodes raised questions about how seriously the government has taken them until now and whether it had assembled adequate scientific expertise to examine them.

Too little data exists to draw a conclusion about many of the episodes, officials said. But both scientific experts and enthusiastic amateurs have advanced explanations ranging from the mundane to the otherworldly and the report did little to substantiate or dismiss their theories.

Government officials on Friday were reluctant to acknowledge the potential that the phenomena could be extraterrestrial craft, a signal of how unlikely they view that explanation.

There was no affirmative evidence that the unexplained phenomena are alien spacecraft in the report. But because the government has offered no explanation for so many of the episodes, the new report is sure to fuel the enthusiasm of those who believe they could be.

Among the unexplained incidents are three high-profile videos of aerial phenomena taken by the U.S. Navy and witnessed by pilots in recent years.

The report released on Friday is an interim report, which is how former officials involved in the Pentagon examination had predicted the government would initially handle the requirement by Congress to submit an unclassified report on what it knows about U.F.O.s.

The government intends to update Congress within 90 days on efforts to develop an improved collection strategy and what officials are calling a technical road map to develop technology to better observe the phenomena, senior government officials told reporters on Friday. Officials said they would provide lawmakers with periodical updates beyond that.

The Pentagon and intelligence agencies have eschewed the term U.F.O. and refer instead to U.A.P., or unidentified aerial phenomena. It has been a bit of rebranding, both to cut down on public enthusiasm and remove the stigma that U.F.O. can carry, in order to encourage pilots to report their observations and scientists to study them.

The new report laid out five categories of possible explanation for the phenomena: a secret technology developed by an adversarial power like Russia and China, classified cutting-edge American technology, a naturally occurring phenomenon, airborne clutter such as errant weather balloons and a catchall “other” category. That final group could include extraterrestrial technology.

But of the episodes examined by the task force, only one could be identified and categorized: “a large, deflating balloon” that was classified as airborne clutter.

Officials do not have any indications that the unexplained incidents show objects that are part of a foreign intelligence collection program or a major technological advancement by a potential adversary, a senior government official said. They are also unable to confirm that any of those incidents are part of a U.S. government or defense industry program, a senior official said.

Nevertheless, the report does not completely rule out a Russian or Chinese aircraft or an American classified program.

The report was made public because of a provision inserted by Senator Marco Rubio of Florida, the top Republican on the Senate Intelligence Committee, into a huge spending bill passed by Congress.

“The Defense Department and intelligence community have a lot of work to do before we can actually understand whether these aerial threats present a serious national security concern,” Mr. Rubio said.

Of the incidents examined by the task force, there are “no clear indications that there is any nonterrestrial explanation” for them, said a senior official, adding that the government would “go wherever the data takes us” as the inquiry continued.

Perhaps as a result, government officials said that going forward they would only focus on making observations of the phenomena and had no plans to try to communicate with the objects.

Most of the episodes investigated by the government were reported by the Navy. While the Air Force has in recent decades tried to distance itself from the collection of U.F.O. reports, uncomfortable with its own history, it began a renewed data collection program in 2020.

Government officials said that on further examination, the 21 reports that show unusual acceleration or movement could prove to have normal explanations. Government analysts have scrutinized the cameras and sensors that recorded the phenomena for potential flaws, a senior government official said.

The cameras sensors that recorded some of the episodes were not “generally suited for identifying” unknown phenomena, the report said.

There are plausible, but dry, explanations for each of the Navy recordings that are more likely than some sort of extraordinary technology, said Mick West, a science writer who focuses on debunking conspiracy theories.

In one video, a sharp movement of the object could be attributable to a shift in the camera’s movement. In another, an object that appears to be moving fast is shown to be actually moving much more slowly when a relevant trigonometric calculation is applied. An image of a rapidly spinning object skimming over the clouds is caused by infrared glare, Mr. West said.

The report appeared to give Mr. West’s explanations at least a partial vote of confidence by noting that the vantage point of the sensors capturing images or other data are important in determining whether an object “demonstrates breakthrough aerospace capabilities.”

“They’re not making any big claims; they’re saying some of the things they see seem to show unusual behavior and more study is needed,” Mr. West said. “Obviously, they’re not saying it’s aliens — they’re not going anywhere near that.”

Later on Friday, the Pentagon announced it would develop procedures to collect data and analyze reports of unidentified phenomena, adding staffing and other resources to examine the episodes.

The effort may require some outside expertise, but scientists, who have long avoided studying U.F.O.s, are likely going to need cajoling.

“Nobody wants to risk being flamed by the true believers or ostracized by their peers,” said Chris Impey, an astronomy professor at the University of Arizona. “If the Pentagon or the government asks for scientific input and gives them some data and a little resources, people would participate.” 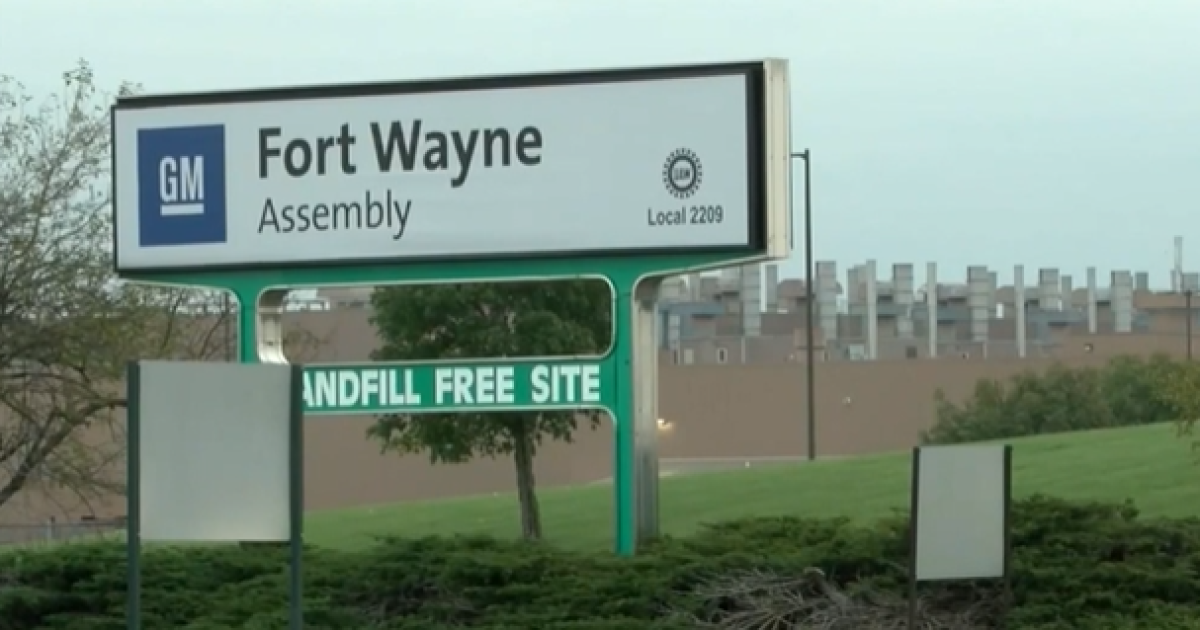 GM plant temporarily shut down due to chip shortage